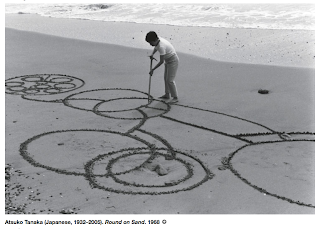 Drawing through the twentieth century 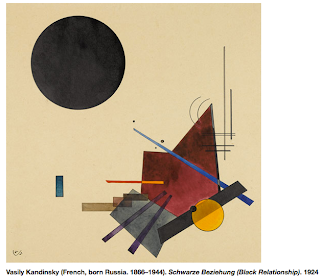 Drawing conventionally has been associated with pen, pencil, and paper, but artists have drawn lines on walls, earth, ceramics, fabric, film, and computer screens, with tools ranging from sticks to scrapers to pixels. Looking beyond institutional definitions of the medium, On Line (on view from November 21, 2010 to February 7, 2011) argues for an expanded history of drawing that moves off the page into space and time. Comprising the work of more than one hundred artists, the exhibition charts the radical transformation of the medium between 1910 and 2010, as artists broke down drawing to its core elements, making line the subject of intense exploration: as the path of a moving point or a human body in motion (the dancer tracing dynamic lines across the stage, the wandering artist tracing lines across the land), as an element in a network, and as a boundary—political, cultural, or social.

On Line is organized chronologically in three sections: Surface Tension, featuring the artistic drive to construct and represent movement through line within the flat picture plane; Line Extension, composed of works in which lines extend beyond flatness into real space—that is, into social space; and Confluence, presenting works in which line and background are fused, giving greater significance to the space between lines. In following the development of the meaning of line over the last one hundred years, the exhibition traces it in movement, across disciplines, and as it has been drawn out and rewoven in time and space—inevitably reflecting the interconnection and interdependency that are increasingly both shaping and emerging from a globalized society. Line, like thought, once understood as linear and progressive, has evolved into a kind of network: fluid, simultaneous, indefinite, and open. 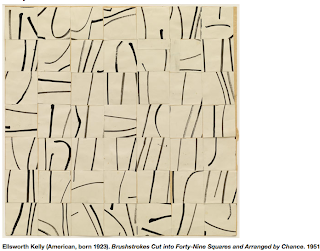